Monologue Moment Intensives on ZOOM. Each session will be 2 hours and limited to 12-14 participants. Donation based. Click for info and registration.
Contact us on 0800 123 4567 or info@cardinal.com 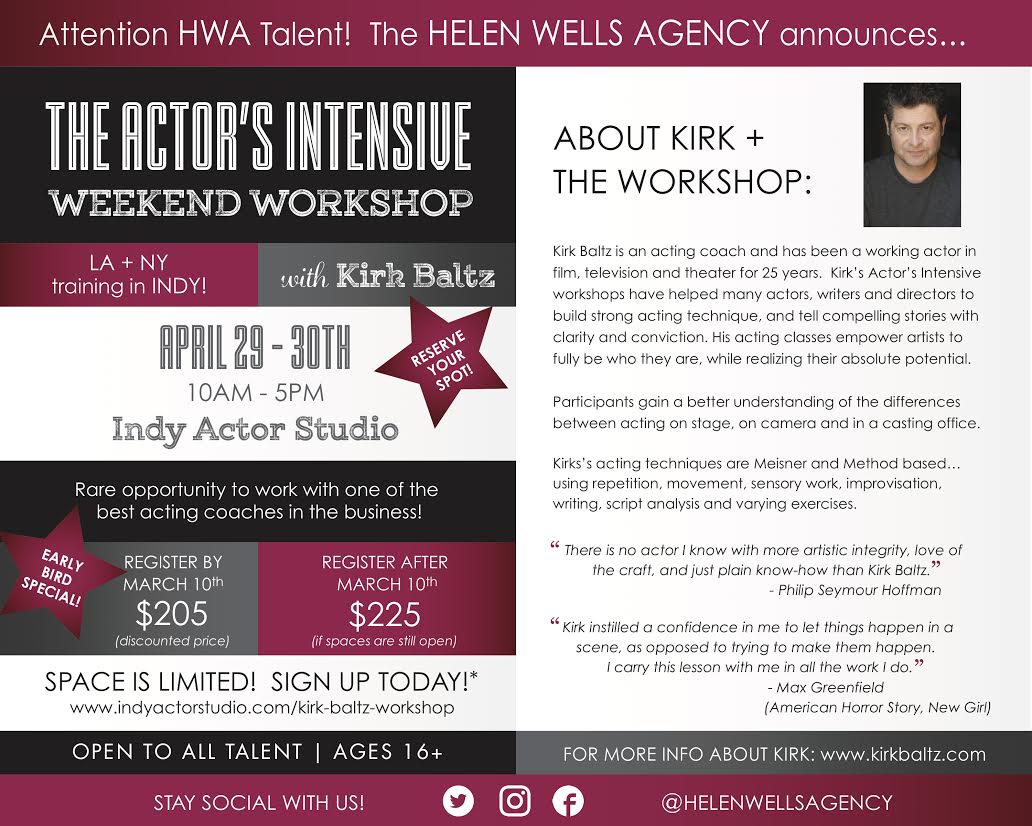 Kirk Baltz is an acting coach and has been a working actor in film, television and theater for 25 years. Kirk’s actor Intensive workshops have helped many actors, writers and directors to build a strong acting technique, and tell compelling stories with clarity and conviction. His acting classes empower artists to fully be who they are, while realizing their absolute potential.

Participants gain a better understanding of the differences between acting on stage, on camera and in a casting office.